Get fresh music recommendations delivered to your inbox every Friday.

Deal With Your Disenchantment

from Deal With Your Disenchantment by Nicole Skeltys 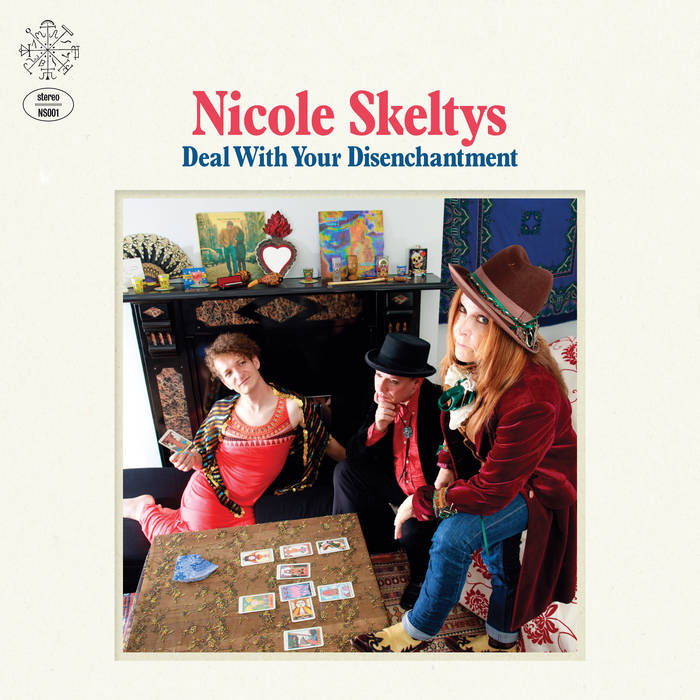 Well I feel scared and I feel lost, and I feel anger too
But I just aint dumb enough to take it out on you
I guess you just ain't educated, I guess cos they closed the schools
I guess cos you voted for greatness, for those that were born to rule
Mexicans, Bulgarians, refugees in Nauru
If there's one thing you seem to be certain of, they ain't nothing like you
There are no simple solutions to your economic pain
But you deal with your disenchantment by finding someone to blame.

The truthless Mayor's eyes mesmerised through photo opps designed
To slip down Twitter alleys while guns marched up behind
Men without conviction, started swarming everywhere
While the readers got addictions to comments in thin air
I heard the tolling bells, though the bell ringer's resigned
I heard 10,000 Voices singing nothing all in time
Saw White Helmets finding hands reaching through the rubble
Resisting disenchantment, they were asking for trouble

A golden shower rained hard on power, a Trump card had been laid
While the jesters in the New York Times demanded to paid
Happy Birthday Mr President, from Russia with love
Big Brother’s on the moon and they want to shoot you from above
I met a homeless astronaut, who asked the way to Mars
I met a girl who faked a smile, and wondered who she was
Nails detailed, hairs in braids, and eyebrows that are threaded
It won’t deal with her disenchantment, but she’ll certainly look better.

The Masters of War, danced to Grime Core, and they'd take your life without asking
Religious sheriffs spilled blood in the streets, but no-one's beliefs were the problem
'Je Suis Charlie', said the clown in her tweet, while Boko Harim stole her daughter
There's a corporation that will celebrate you, if you sing in a prostitute mannner
So you didn't get the sex to which you were rightfully heir?
Just deal with your disenchantment, grow up and get out of here.

from Deal With Your Disenchantment, released June 1, 2018

Damu The Fudgemunk shares his recent collab with Def Pressé, plus jams from Common and more